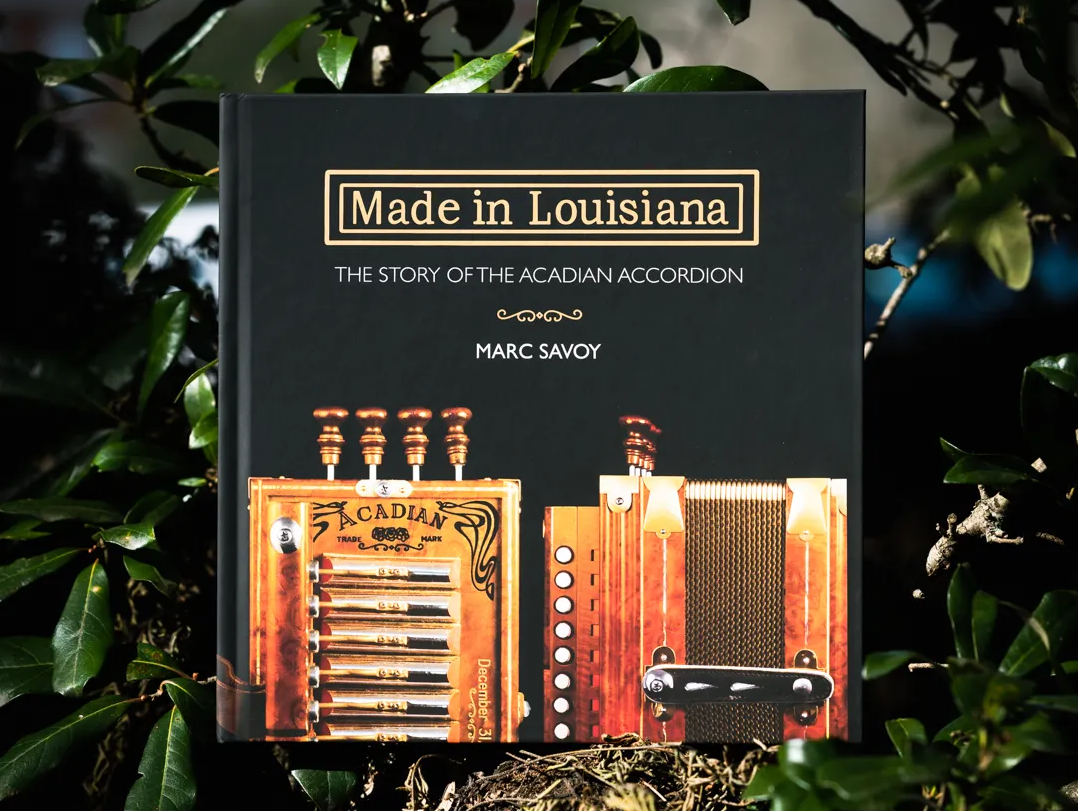 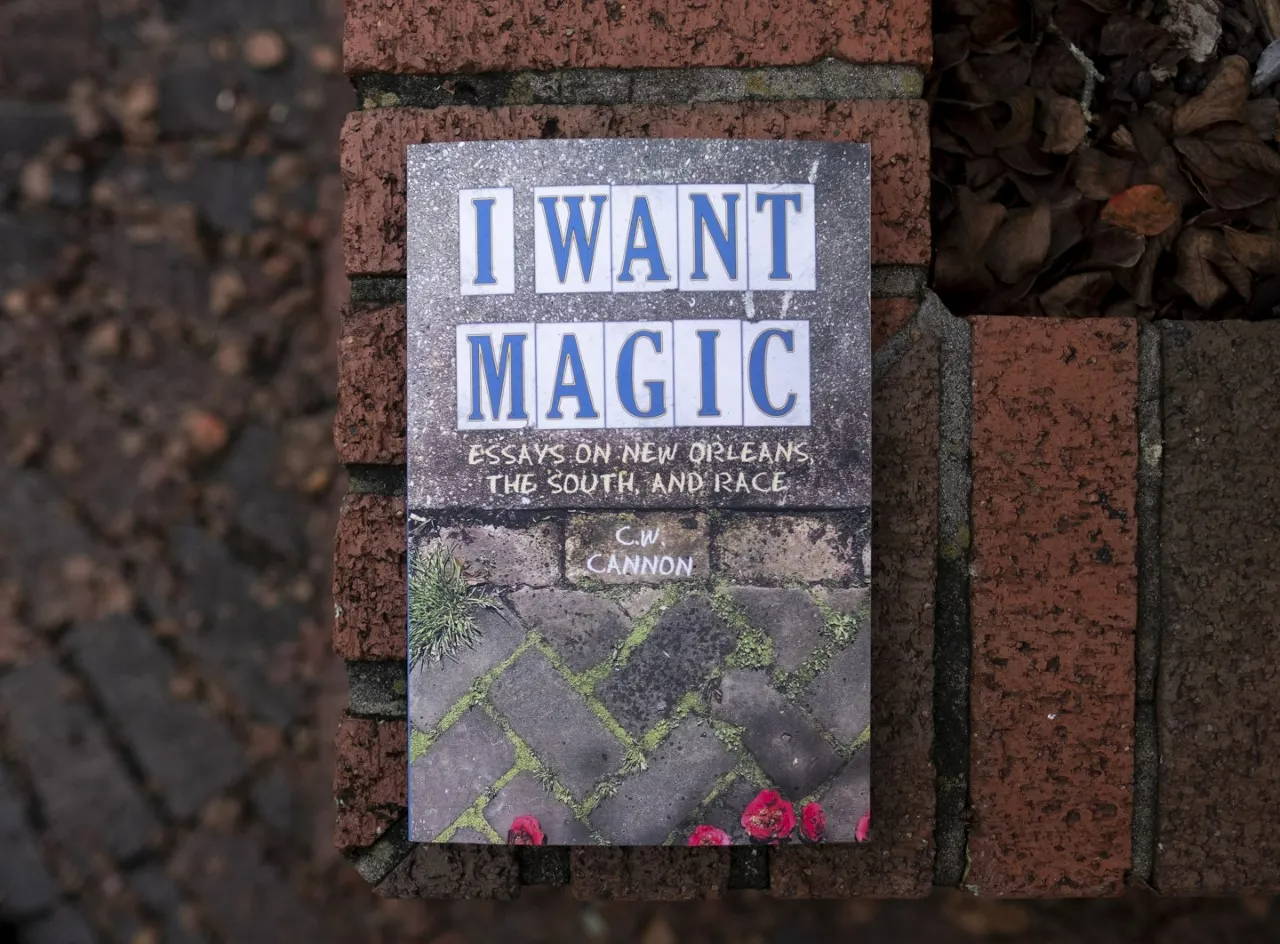 Amber Edwards and Justin Scott on Reading and Writing Podcast 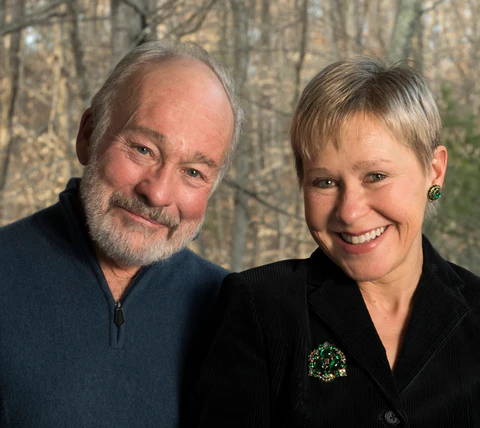 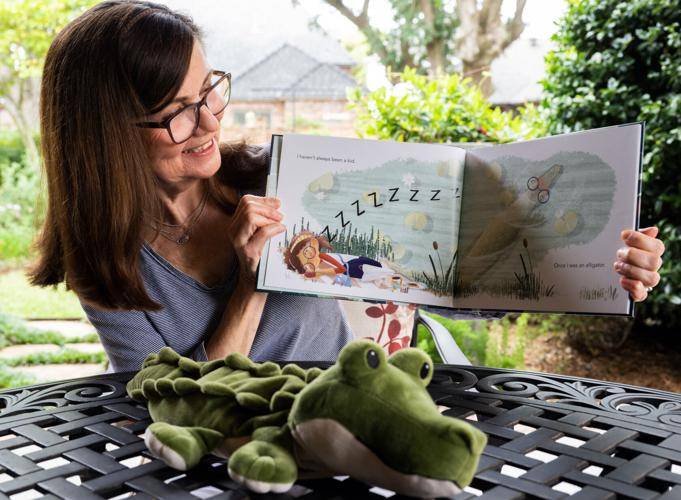 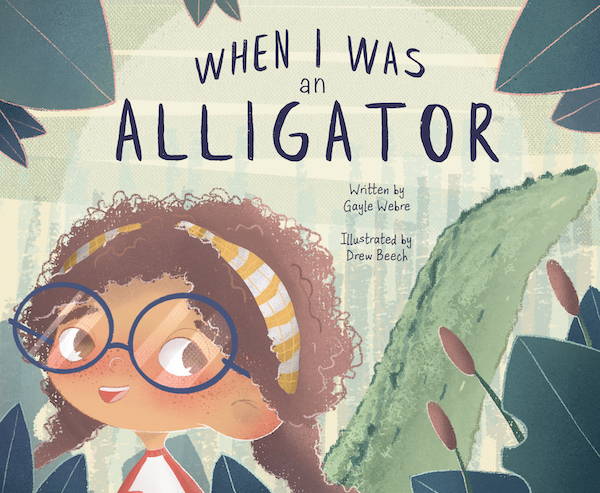 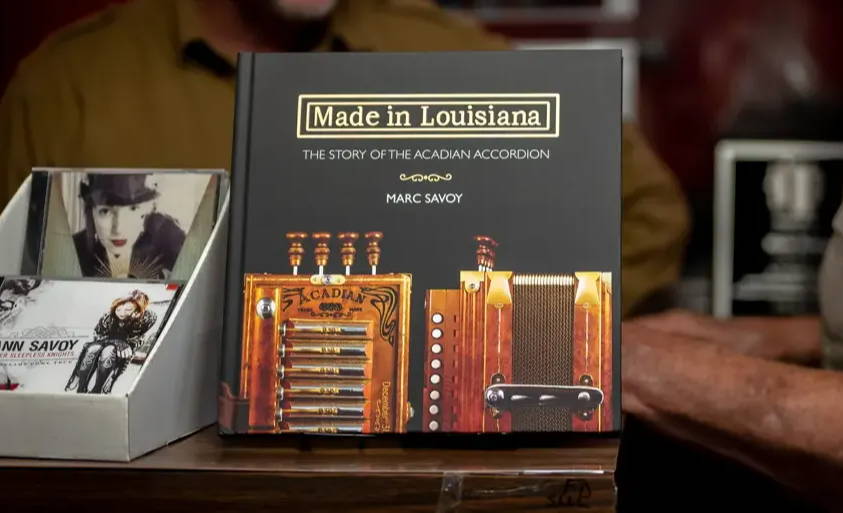 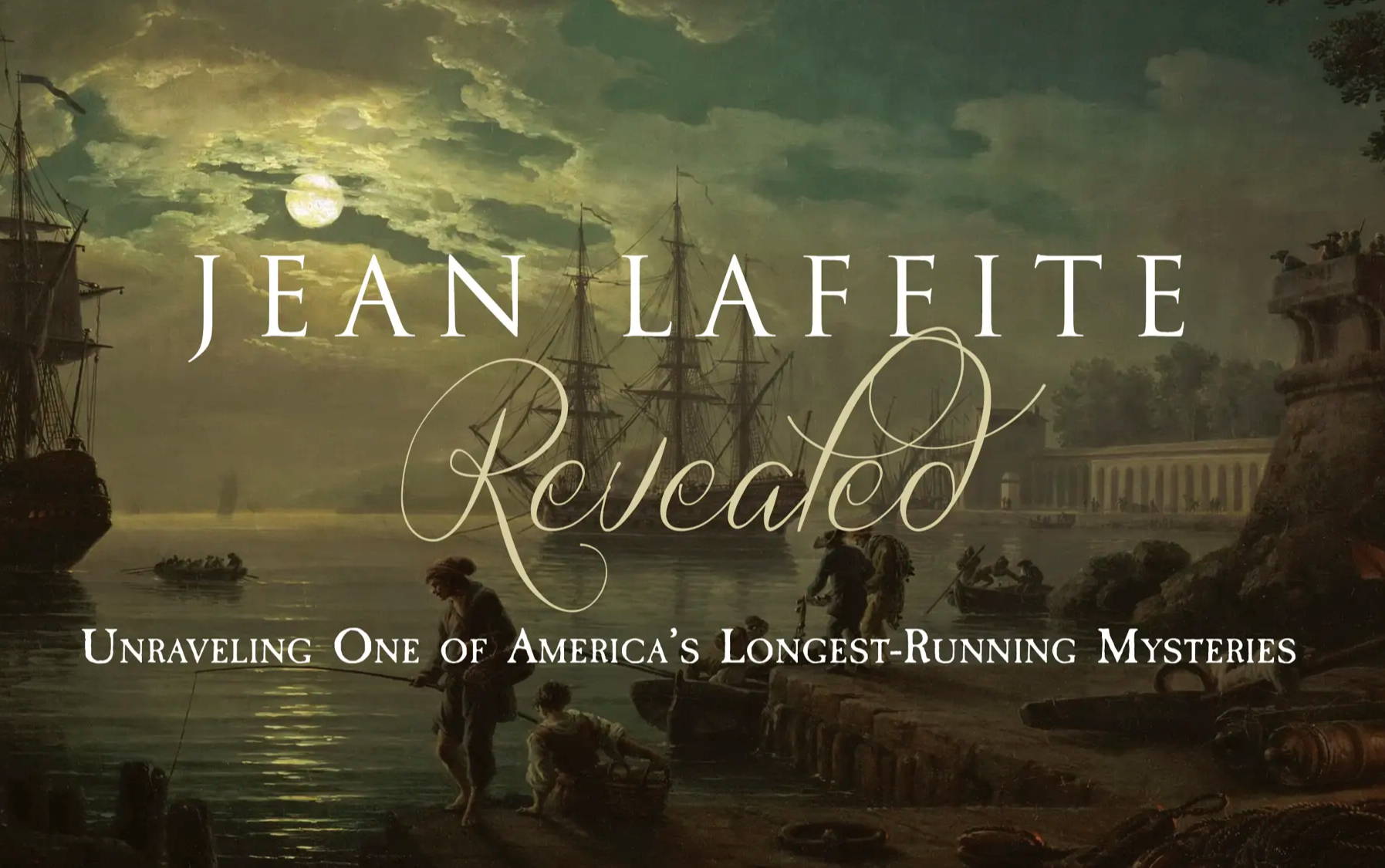 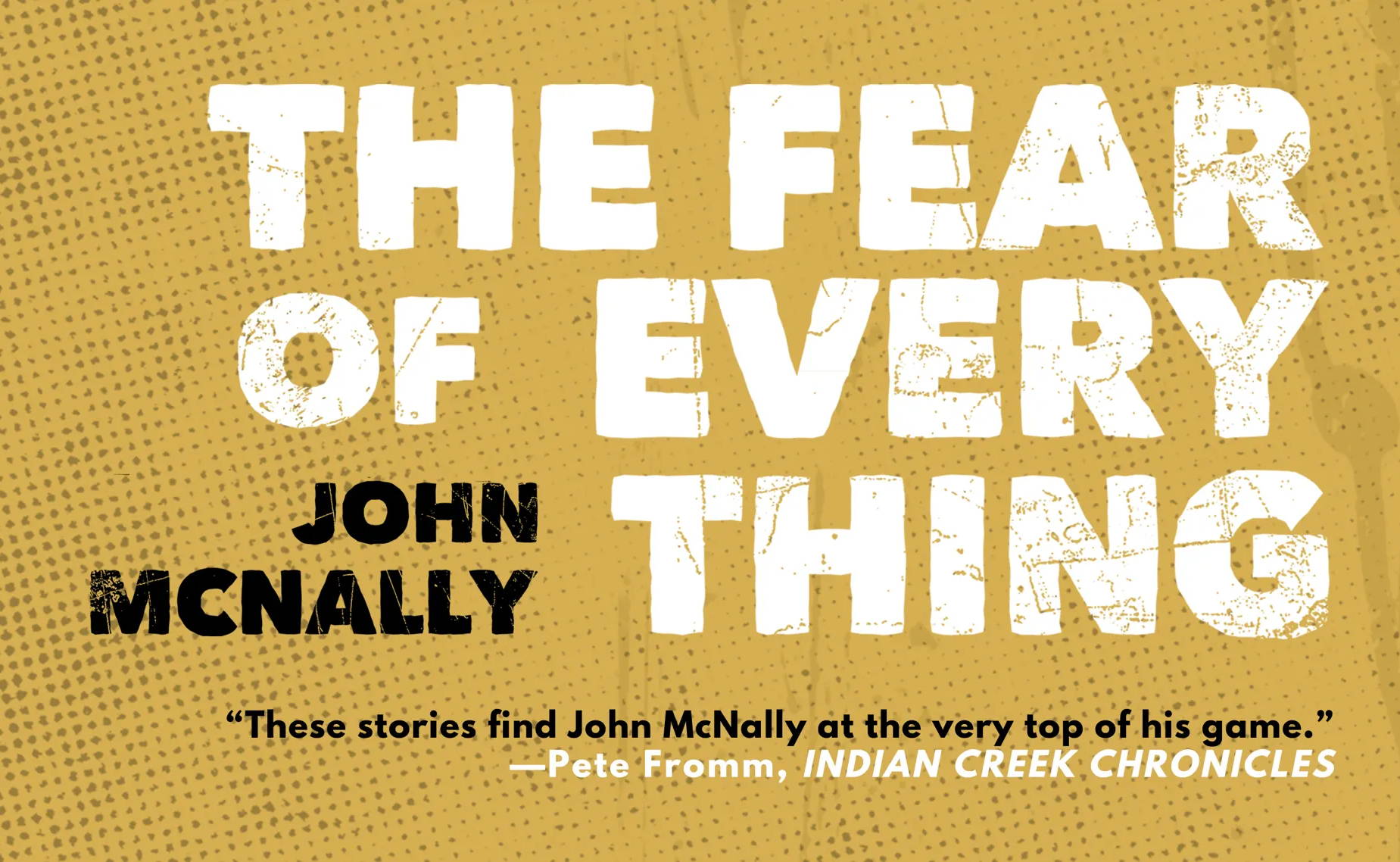 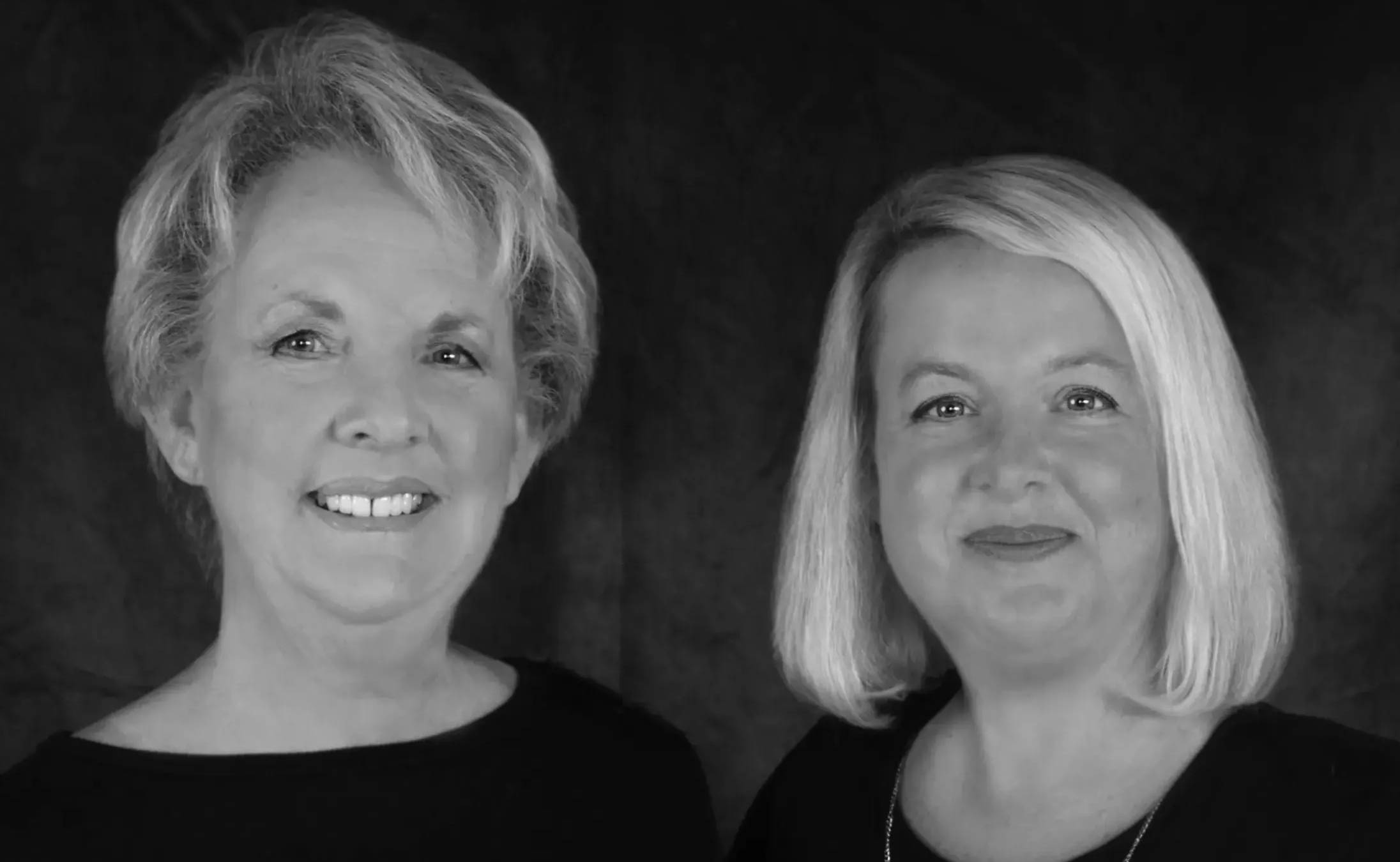 I Want Magic by C.W. Cannon

If there is any doubt about God having a sense of humor, the old joke goes, you need only look at his decision to combine the human sex organs with the sewage disposal system. Questionable design, to be sure . . . Read Now

Being a musician and writer, there is always music in my head. Sometimes it is my music. But mostly it is the music of great songwriters, rattling around in my subconscious. They inform every moment . . . Read Now

“The Phone Call” by John McNally, is a story that will deposit you deep in a closed timeline curve and though it is quite a trip, I have faith that you will make it back to reality in one piece . . . Listen Now

The 333rd episode of the Reading & Writing podcast features an interview with John McNally, author of the collection The Fear of Everything: Stories . . . Listen Now

I read The Fear of Everything in one sitting, a thing I rarely do with collections of stories. But, from the first pages, I found it hard to pull away from the sense of tangible longing at its core . . . Read Now

Largehearted Boy: John McNally's Playlist for His Story Collection The Fear of Everything

General Russel Honore‘ discusses The Fear of Everything with John McNally . . . Listen Now

Fox10's Chelsey Sayasane interviews Ashley Oliphant and Beth Yarbrough about the famous pirate Jean Laffite and uncovering the truth of how he spent his final years . . . Watch Now

WCNC Charlotte "The Mystery of Jean Laffite and Lincolnton"

Ashley Oliphant and Beth Yarbrough sit down and talk about the famous pirate Jean Laffite and his connection to the made Lorenzo Ferrer who lived in Lincolnton . . . Watch Now

That the infamous New Orleans pirate Jean Laffite has ties to Lincolnton is not well known. That’s about the change with the release of a book by Ashley Oliphant and Beth Yarbrough, two Lincoln County writers, “Jean Laffite Revealed: Unraveling One of America’s Longest Running Mysteries . . . Read Now

Piracy has been with us, a fact of life in maritime nations, for long millennia. It remains alive and well to this day, all over the world. But most folks, when they think of piracy, surely conjure up the images of its golden age, which lasted some 80 years and ended not quite three centuries ago. . . Read Now

Made in Louisiana by Marc Savoy

Made in Louisiana by Marc Savoy

"Made in Louisiana represents the best in combining research with graphic design. The size and binding of the book make it appropriate for a coffee table or an academic bookshelf. The graphic design work on the various accordions shown on endpapers and within the text is intricate and precise, allowing for a dimensional quality to the layouts. The balance between historical information and images is well thought out, further making it engaging to the reader or casual peruser."

Country Roads "The History of the Acadian Accordion"

“Eighty-one-year-old Marc Savoy (pronounced ‘Sa-vwa’) states, near the start of his passionate and idiosyncratic book, that, ‘the stimulus that inspired me to pursue music… actually had nothing to do with music. It was my love for the people around me that made me want to do what they did.’” . . . Read Now

"The great instrumental triumvirate of Cajun music is the guitar, the fiddle, and the accordion but, surely, the greatest of the great is the accordion. Without the fluidity of the button accordion, it’s really hard to accept a tune as being authentically Cajun" . . . Read Now

“I’m a sucker for deep dives into history that peel away the layers of legend and rumors. For anyone who has ever heard the stories of this famed pirate’s exploits in New Orleans or the claims of pirate ancestry among residents of Grand Isle, this is sure to offer new insights into a historical figure who always seemed so close to our local hearts yet still shrouded in mystery.” . . . Read Now

In the 1820s, pirate Jean Laffite, a smuggler from the Gulf Coast area in Louisiana, allegedly faked his death. He resurfaced in North Carolina under a different name, an alias. . . . Read Now

"While Laffite, who was born near the end of the 18th century, is probably not as familiar to the average person as Edward Teach, a.k.a. Blackbeard, people like Oliphant and her mother who grew up in Lincolnton have a special connection with the man.” . . . Read Now

In mid-’90s New Orleans, the bar Check Point Charlie wasn’t for the faint of heart, especially after midnight. Lurking on the edge of the French Quarter, Check Point doubled as a laundromat, late-night eatery and pool . . . Read Now

Legg based "Cablog" on the fare logs he kept for City Cab Company from 2003 to 2008. He blogged contemporaneously about the experience, amassing 800 pages of source material . . . Read Now

The Blasting Days review of Cablog

Cablog is 200 pages of interesting stories, with people that are often not what you’d expect at first, with all their complexities and contradictions, strengths and failures . . . Read Now

Dege Legg’s Cablog, a five-year account of night shift cab driving in Lafayette, Louisiana, is, quite simply, so good, it’s difficult to put down . . . Read Now

Legg has a knack for telling these stories in short, on-the-head entries certain to captivate both obsessive literary hounds and non-readers alike . . . Read Now

When I Was an Alligator by Gayle Webre and Drew Beech

When I Was an Alligator by Gayle Webre and Drew Beech

"A gorgeous book and fun to read aloud with the kids. It’s about a curious Cajun girl transforming into a series of wetland creatures. Imagination and ecology in a brilliant package!" . . . See More

Manhattan Book Review on When I Was an Alligator

Children will love this imaginative tale. They will lavish in its predictability and will look forward to seeing what transformation awaits them next . . . Read Now

If you want some short stories full of twists and turns that send shivers down your spine, look no further than John McNally’s The Fear of Everything. . . . Read Now

The Sunlight Press on The Fear of Everything

The nine stories in this collection seem to take the reader on a roller-coaster ride: They’re full of eventful highs and somber depths — and you can’t get off once you start . . . Read Now

New York Journal of Books on The Fear of Everything

Although McNally’s stories seem unbelievable at first, they throb with a recognizable human heartbeat, powered by love and regret and the mystery of life . . . Read Now

Foreword Reviews on The Fear of Everything

These stories are not inhabited by traditional supernatural monsters, but rather by the specters of regret for decisions made or not made, and by the repercussions of unrealized opportunities and events long past . . . Read Now

Another Chicago Magazine on The Fear of Everything

I’m here to say John McNally’s new story collection has reenergized me as a reader and a writer, and I fully expect it will exert those powers on you . . . Read Now

Lafayette author Gayle Webre is using her debut children’s book, “When I Was an Alligator,” and its “curious Cajun kid” to bring a taste of Louisiana’s wetlands to a national audience at the National Book Festival in Washington, D.C.. . . Read Now

The Louisiana Center for the Book in the State Library of Louisiana has selected one youth book and one adult book by Louisiana authors from Louisiana publishers to represent the state at the 2022 National Book Festival. Youth Book: When I Was an Alligator by Gayle Webre (University of Louisiana at Lafayette Press). . . Read Now

The University of Louisiana at Lafayette, which owns the 120-year-old historic Roy House home at the intersection of Johnston and University, said its planned $800,000 restoration, which may be complete in 2022, will include an honor to Joseph Broussard — “Beausoleil” — and his descendants . . . Read Now

Enthusiasts for the 120-year-old former home of J. Arthur Roy, an early Lafayette business leader and community stalwart, reached and surpassed their goal of generating some $800,000 to restore the two-story, 5,000-square-foot building . . . Read Now

Book Trailer for Cablog: Diary of a Cabdriver